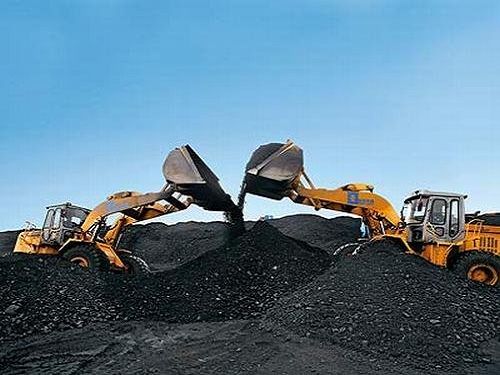 In the first half of 2013, the coal market was in a bad economy. In the second half of the year, the pattern of loose supply of coal will not be fundamentally reversed. Given the certain degree of uncertainty in the economic situation, optimistic forecasts are expected to develop in the direction of supply and demand during the peak seasons; pessimistic forecasts will continue if the current financial turmoil continues. As a result, the local government and the real estate industry's tycoon model has been greatly affected, or even lead to a fundamental reversal of the real estate market, then the coal demand will drop sharply.

Coal market operating characteristics in the first half

Demand for coal is weak, and domestic supply is falling. Data from the China Coal Industry Association shows that from January to May, coal consumption increased by only 1.6% year-on-year, coal production decreased by 2.8% year-on-year, railway coal transportation volume decreased by 3.7% year-on-year, and major ports transshipped coal decreased by 1.1% year-on-year. From a month-on-month basis, the temperature at the beginning of the year was cooler than usual, and seasonal demand was at a relatively high level. Since February, seasonal demand has declined, and coal consumption has been on a downward trend overall, especially from April to May. Weakness and inventory constraints, coal production and transportation have shown a downward trend. According to analysis, average daily consumption, average daily production, and average daily coal transportation volume in the period from April to May fell by 3.3%, 5.9%, and 7%, respectively, from the first quarter.

In summary, coal consumption and supply fluctuations have been declining since the beginning of this year. The coal price has been falling and the supply and demand of coal have remained loose. The coal market sentiment index has been in a cool interval and the recent decline has further increased. In May, the national coal market sentiment index was -32.7, down 5.1 basis points from April and down 17.9 basis points from the beginning of the year.

The main cause of the coal market downturn

In the third and fourth quarters of 2012, the total planned investment for new projects increased by 29.8% and 37.3% year-on-year, respectively. In the first quarter of 2013 and April-May, they increased by 14% and 16.6%, respectively. The growth rate is still considerable. However, an analysis of the industry structure of the investment shows that since the second half of 2012, the scale of new projects started to expand rapidly, and the scale of new projects with small projects that are smaller than the completion of projects is shrinking. The rapid increase in total investment in new projects is mainly due to the proportion of large projects. As a result of the increase, it cannot explain the rapid expansion of new construction. According to the construction period of different types of projects, it is judged that the scale of new construction starts shrinking.

Under the overall lack of new start-ups, new housing starts fell by 2.7% year-on-year in the first quarter of 2013, and from April to May increased by 5.5% year-on-year. However, according to analysis, this was related to the lower base year-on-year. On the whole, the real estate start-up momentum has increased in recent months compared with the middle period of 2012, but it is still at a relatively low level. Its pulling power for coal demand has picked up slightly, but it is still weak. The pressure on raw material heavy industry increased due to overcapacity, and the growth rate of investment continued to fall. It increased by 15.2% year-on-year from January to May and 5.4% from the same period of last year. It can be concluded that the scale of new construction of this construction cluster has shrunk significantly, which is a determinant of coal demand. .

At the same time, the demand for railway transportation for â€œwhite goodsâ€ is at a relatively low level, making it possible to transport coal and transport capacity. This has significantly eased the bottleneck of railway supply to coal supply, and is basically sufficient relative to terminal demand. The domestic coal price is not superior to imported coal because of local fees and high circulation costs.

The coal supply capacity is generally adequate. The sharp increase in coal production capacity and the steadily increasing transportation capacity are the basic patterns accumulated over the past many years and will not be fundamentally changed in the short term. Even if more efforts are made to prevent and control the security of the coal industry, the coal production will decline due to the fact that a large number of local coal mines have stopped or semi-discontinued. Space is also very limited.

At the same time, coal imports will still fluctuate at high levels. The price-to-equity relationship between domestic coal and imported coal tends to be even. Although there is no parity advantage, given the oversupply of domestic supply capacity, it is unlikely that a sharp increase in coal imports will be judged and will not be significantly reduced. As a whole, the effective supply of coal in the second half of the year was basically stable. Before and after the Third Plenary Session of the 18th CPC Central Committee, if the intensity of security prevention and control is significantly increased, the coal supply may gradually decline slightly.

The economic fundamentals of coal demand will continue to weaken. Since ***, macroeconomic control policies have also been given more priority in structural adjustment and transfer, rather than maintaining rapid growth by simply increasing stimulus. The recent tightening of the central bank's monetary control fully demonstrates the firm determination of the central government to adjust the structure and squeeze the bubble. The central government strives to revitalize the stock of money and guide social capital to invest more in the real economy. The excessive flow of funds into the local market and the real estate industry will also change. With the tightening of liquidity, the capital supply for infrastructure construction and real estate development will increase. It will be adversely affected. Although it is difficult to make a completely definite judgment on the degree of impact, it is still foreseeable that the pulling power of the two major construction clusters on coal demand will be weakened.

Under the condition that the supply capacity is generally sufficient, the future trend of the coal supply and demand situation mainly depends on coal demand, and the ultimate deciding factor is still the economic development situation in China. The author judges that there will be no major turbulence in China's financial market in the second half of the year. The real estate market is basically stable, and local infrastructure construction continues to advance steadily. Under such circumstances, weather conditions in the peak summer and winter coal seasons will clearly shape coal demand. Incremental, especially in the case of overlapping effects with the gradual fall in coal supply, the coal market is expected to develop towards the balance of supply and demand in stages, but the pattern of loose supply will not be reversed fundamentally; if the real estate industry and local governments provide funding There is a large gap, and at the same time climate factors also form a definite reduction in coal demand, coal demand will be lower than expected, and the coal market will experience greater excess pressure.